Honoré Petit’s and Sons history began more than 75 years ago. At that time, Honoré Petit, accompanied with his elder son, Aurèle, left on the roads of Quebec. From business(trade) to business(trade), they sold coupons of textile(textile industry).

At the beginning of 1938, the company bore officially the name of ” King of the coupons ” and was established in the city of St-Hyacinthe. A few months later, Honoré decided to settle down in Montreal. He also took advantage of it to change the name of the company. The name of ” Honoré Petit and Sons ” remained the same until today.

In 1987, with the aim of getting bigger, Aurèle and Aldo, the sons of Honoré, decide to move having been well established in old-Montreal during almost 50 years.

For more than 25 years, the head office and the warehouse are established on Montreal’s South Shore, in the industrial estate of Longueuil. Honoré Petit and Son is a family company which is for the 4th generation there. Aurèle and Aldo are always present within the organization.

From generation to generation, we carry out the duty to keep the same values. The quality of our products and the satisfaction of our customers are our priorities. 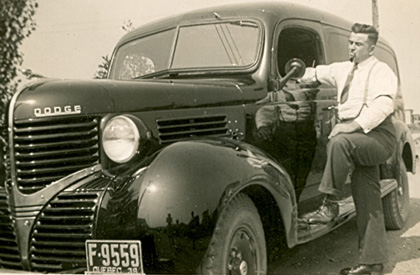